Popular New Orleans Home Designs and Where to Find Them 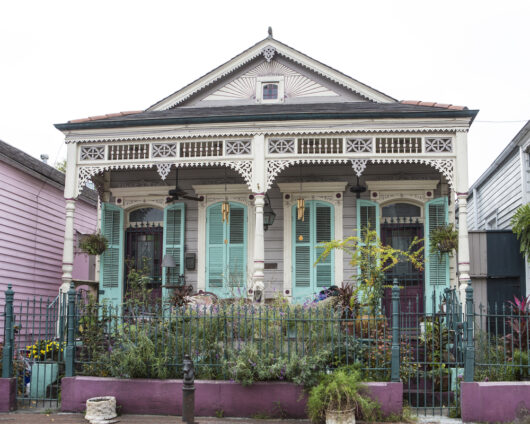 New Orleans homes are among some of the most unique in the South, and it’s no wonder so many tourists marvel at the distinct local architecture. It is recommended that every visitor watches for these four distinct New Orleans home designs to get a true feel for the local real estate.

When it comes to New Orleans home design, the Creole cottage is one of the oldest and most popular styles. These homes have roofs that slope to the front and back, with triangle-shaped gables on the sides. Creole cottages are one-story stucco or wood homes featuring four openings in the front, and they generally sit at ground level right along the front property line. These homes are typically found in French Quarter neighborhoods including Vieux Carre, Faubourg Marigny, and Treme.

Perhaps the best-known type of New Orleans home, shotgun houses are long and skinny, designed to fit into the lots designed by the city’s early developers. Their roofs slope to each side, and they usually sit right against the front sidewalk. True shotgun homes are made up of only one room, but plenty have been renovated to contain multiple rooms. This popular New Orleans home style can be found in nearly every neighborhood in the city.

Double gallery houses are two stories high, consist of three openings in the front, and often sit on raised brick piers. They sit on wider, deeper lots than most in New Orleans, so they’re set further from the front property line and often have two-story covered front porches. Double gallery homes are abundant in Esplanade Ridge, Uptown, the Garden District, and the Lower Garden District.

Featuring six exterior columns, a full-width front porch, and a center door surrounded by two pairs of windows, center halls are among the grandest of historic New Orleans homes. Like double gallery homes, they sit further from the sidewalk and usually have a wide front porch, but they have roofs that slope to the front and back. These one-and-a-half story homes are frequently found in Uptown, Esplanade Ridge, Carrollton, and the Garden District, though they’re also found scattered throughout the rest of the city.